IS GRAFFITI IN THE AR WORLD A CRIME?

IS GRAFFITI IN THE AR WORLD A CRIME?

This article first appeared on Quartz

In the 20th century, only the brave would make bold political or social statements in public places. Whether sprayed with an aerosol can, wheat-pasted with a bucket and a broom, or stencilled with a piece of cardboard, graffiti became the ultimate form of artistic anarchy. Despite being illegal, the art form became a mainstay of populated areas in major cities and an important part of the greater cultural conversation.

Today heavy policing has meant fewer tags, but that hasn’t stopped artists’ desires to make their mark. Luckily in the 21st  century, there are more ways to express yourself than ever—and augmented reality is one of them.

Augmented reality (AR) allows you to look at the environment around you through the lens of your smartphone and, via an app, reveal a new layer of information that appears to be located in the real world. Pokemon GO inserted capturable creatures on street corners. Facebook wants you to leave messages for your friends in bars. At their keynote event on Sep. 12, Apple revealed their new iPhones, which have advanced AR capabilities. In this way, AR turns physical sites into a blank canvas for the creation of new content. Which means that, soon, everyone could be a secret street artist.

Armed only with their phone and a virtual spray can, artists could soon leave hidden marks for others to find in the urban environment. Virtual graffiti would allow budding artists to be creative and push boundaries in the public domain without creating an eyesore, allowing local governments to clean up the actual streets of traditional graffiti while letting young artists have a creative outlet.

In the future, we could have virtual graffiti on every surface and art exhibits on every corner, available to anyone who chooses to search for it, but hidden to those who think it’s visual pollution. Some well-known street artists are already playing with this technology with their legal murals, and others are finding ways to use it to support social-justice causes. We’re even seeing this AR art in our museums: In late 2016, a digital sculpture was placed inside Bellevue Arts Museum in Washington state to demonstrate the potential of Microsoft Hololens. The virtual sculpture consisted of moving words and phrases, visible only to those wearing the headset. It’s only so long before a clandestine digital community stops asking permission to use public space in this way and takes this creative trend underground.

As with many other emerging technologies, the consequences and implications of this blurring of the real and fake world are complicated and unsettled. As AR increases in popularity, it’s coming up against established rules and societal expectations: If something only exists in virtual space, but it appears real to its creator, is it bound to the laws of the actual world?

Legal systems are yet to get a grip on new technology, and there is cultural confusion about the role of virtual items located in public places. As demonstrated by pro-LGBTQ Pokemon GO playerstrolling the homophobic Westboro Baptist Church, the conversations and experiences that play out in the augmented world can have real-life consequences.

We will soon have to answer some complicated questions: Is graffiti still a crime if it only exists in the virtual world? If the message scrawled on the side of a building is only visible to those who wish to see it through their phones, is it still counted as defacing public property? Or does ownership carry over to the digital world?

It’s too early to tell—but isn’t that the spirit of anarchy that graffiti artists wanted to capture in the first place?

This site uses Akismet to reduce spam. Learn how your comment data is processed. 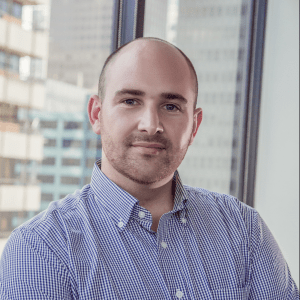